A common occurrence in Alabama in all months of the year is severe weather – tornadoes, thunderstorms, hurricanes, winter weather, etc.

Learn what to do when a Watch or a Warning is issued: Be Aware Be Prepared Take Action A Guide for Alerts and Warnings

Thunderstorms are the most commonly occurring mode of severe weather in Tuscaloosa County. In all months of the year, especially in the warmer months, thunderstorms could be strong enough to bring heavy rain, causing flash flooding in low-lying areas. Microbursts can form from strong thunderstorms and could produce winds powerful enough to knock down trees and power lines, as well as cause structural damage to roofs and siding. If the downdrafts of a strong thunderstorm are cold enough, hail can fall and can damage anything from automobile windshields to outside plants. Fortunately, most hail that falls is small, but hailstones can range from pea-sized to softball-sized in extreme cases. Lightning is also common during a thunderstorm, and continues to be a top weather killer in the United States. If you are outside and hear thunder, immediately seek shelter indoors.

The most potentially destructive weather-related hazard in central Alabama is a tornado, which forms primarily from thunderstorms. The primary tornado season is generally from late February to early May, while the secondary tornado season runs from late September to early December. Tuscaloosa County has had its share of many small tornadoes, as well as large, long-track tornadoes from supercell thunderstorms.

While large tornadoes have tracked through Tuscaloosa County in the past, these devastating storms are rare for the region. Historically, EF-4 and EF-5 tornadoes have torn through the county on an average of about one in every 10-15 years. Most tornadoes that have formed in and around Tuscaloosa have been small and relatively short-lived.

The graphic below shows the number of EF-0 and EF-1 tornadoes in Alabama broken down by year.        (Source: National Weather Service – Birmingham and Storm Prediction Center):

One may notice and think that the number of tornadoes has increased over the past couple of decades. However, that is not necessarily the case. More tornadoes are being recorded for a number of reasons:

Has there really been an “increase” in tornadoes in the past couple of decades? It is hard to answer this question because we do not know how many tornadoes, if any, have historically tracked across rural and undeveloped areas that have not been reported. We did not have the same ability to detect a tornado on radar or communicate reports from spotters or the general public as quickly as we do today.

Due to its proximity to the warm waters of the Gulf of Mexico, there is also a risk for hurricanes to spin through Tuscaloosa County from the Gulf Coast. According to the National Hurricane Center, the Atlantic hurricane season runs from June 1st through November 30th. Tornadoes, flooding and occasional strong winds are all risks associated with these tropical cyclones this far inland.

Tuscaloosa is also far enough from the Gulf Coast to feel any major effects of a hurricane, yet close enough to be a destination for evacuees to ride out the storm. We need to be prepared to be able to provide shelter for as many evacuees as possible if a hurricane was to strike the Gulf Coast. 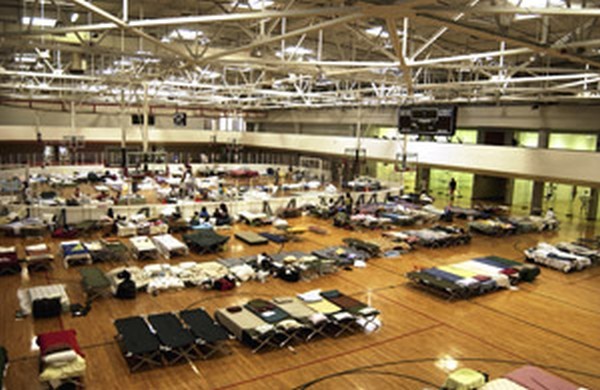 Some places in neighboring counties have had earthquakes measure on the Richter Scale, but all of them have been too small to cause any damage. However, scientists in 2014 predicted a major earthquake will happen with the epicenter between Memphis, Tenn., and St. Louis, Mo., which could impact parts of Alabama sometime in the future.